Interesting story of cow and donkey 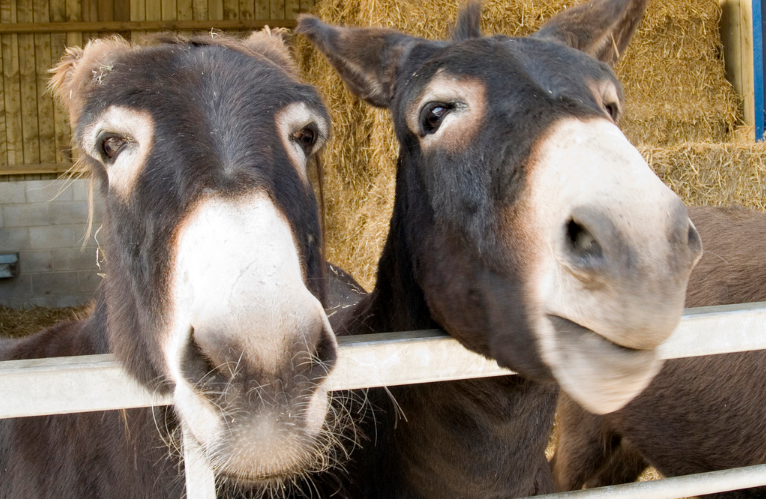 One farmer had a donkey and a cow. Farmers used donkeys as a means of transportation and plowed with cows. The cows were also used for threshing wheat and paddy.

One day, after working from morning till evening, when the cow returned home, she was tired from the extra work and muttered something alone. Seeing the cow muttering, the donkey said:

Donkey: Hey dad, what happened? What are you muttering?

Donkey: I don’t understand why, of course, I will. Moreover, just as you understand, we also understand. Where did we see the difference between us!

Cow: There must be a difference. Donkeys are not used for anything other than to be burdened. But we have to do the hard work of cultivating the land, threshing the crops, pulling the mill. After finishing work, I can’t sleep all night because of pain. Do you have to suffer so much?

The donkey’s heart sank when he heard about the cow’s plight. He came up with an idea to save the cow from suffering. Then he addressed the cow and said:

Donkey: If you want, I can give you an idea so that you do not have to go to the field.

Cow: Does the donkey have intelligence again? No, my danger will increase if I continue according to your intellect.

Donkey: Listen! We are not as stupid as people think we are. And that is why no one can force us to plow and grind. Once you do what I say, then you will see that you are as happy as I am.

The donkey then advised the cow to pretend to be ill. The cow lay down in the house with her arms and legs straight as per the donkey’s advice to save herself and started humming loudly. The farmer tried to come but failed. Then he was forced to come out of the barn and think of some other way.

After the farmer left, the cow thanked the donkey. The donkey danced happily after receiving the thanks. But the donkey’s happiness did not last long. After a while, the farmer returned to the barn and took the donkey to the field instead of the cow. After plowing the donkey’s shoulders and plowing the land continuously from morning till noon, the farmer sat in the shade of a tree for a while. At this time the donkey began to think in his mind:

Donkey: I myself was in danger while trying to save the cow! I’m really an ass. If not, who is such a fool?

After thinking all this, the donkey started thinking to save himself. Suddenly he decided to use the wisdom given to the cow. According to the decision, the donkey lay down on the ground and made the sky and air heavier with a scream.

Hearing the screams, the farmer came to the donkey. Then he tried to lift her from the ground. But could not lift anything. Then the farmer started beating the donkey with his stick. Beating, the farmer said:

Farmer: What a fool! As you can see, the cow is sick. Even after knowing all this, you have started laziness! Your milk is of no use, even meat is of no use. Even then I thought I would sit down and feed you? If you don’t work today, I will kill you. The donkey saw that the situation was dangerous. So it became straight.

At first, I got bored and slowly started concentrating. While working, the donkey muttered, “Anyway, tonight the cow has to be tamed so that it can go to the field tomorrow morning.”

Anyway, the donkey returned home after working till evening. After returning home, he went straight to the barn. Seeing the donkey, the cow sat motionlessly. Then he said:

Cow: Eli from the field? Now you must have seen, what a difficult task we have to do!

Donkey: No no, not difficult at all. I think it’s a very comfortable and straightforward job. But in another case, my mind is very bad. If I tell you, you too will suffer.

Cow: Is there anything harder than plowing? Open up and say, I will not get in trouble.

Donkey: It’s not a big deal. While I was working in the field this afternoon, the owner was telling a friend that my cow had suddenly fallen ill. I don’t think he will survive. So I decided that what I really needed to do was learn how to do it right.
Hearing this, the cow started trembling with fear. Then he stood up straight and said:

Cow: You are telling the truth! If so, you have to start working from tomorrow. Better a poor horse than no horse at all. As I was walking in the mind of a donkey like you, danger came to me. I will never listen to you again.

Donkey: I was not punished less with your wisdom. I went to benefit you and you are blaming me! The herd of cattle is very ungrateful.

In this way, the night passed through quarrels. The next morning the farmer came and pushed the cow and he jumped up. Then he went to the field with the cow and the donkey. While leaving, the farmer called his son and said:

Farmer: You bring another plow yoke. Donkeys will be used in plowing after cows from today! And listen, bring another thick stick. The donkey can snort again.

Russell Wilson’s Contract Is a Huge Win for NFL Owners

Russell Wilson’s Contract Is a Huge Win for NFL Owners

Want to avoid the risk of stroke, heart attack? Find out exactly how much salt to eat every day

Want to lose weight fast? Use these 5 infallible tips of fenugreek

Teeth whitening will be far away, bay leaves will shine, know the way